By Maryellen Boyle on February 4, 2021 in Abundance, Christian, Jesus, Relationship

2.   The Constitution for the USA

And if anyone hears My words and does not believe, I do not judge him; for I did not come to judge world but to save it.  He who rejects Me, and does not receive My words, has that which judges him – the word that I have spoken will judge him in the last day.  For I have not spoken on My own authority; but the Father who sent Me gave Me a command, what I should say and what I should speak.  And I know that His command is everlasting life.  Therefore, whatever I speak, just as the Father has told Me, so I speak.”

Each created person has been given a conscience and a free choice to hear and believe or reject God’s word.  A person is free to believe what he will, but in the last of days, God will judge according to His Word written in the Bible.  Each one is free to live the life that God has given them either to His glory to believe on His Word for everlasting life or to reject into everlasting darkness.  There is no other name under heaven but the Name of Jesus that one may be set apart for Eternal Life!  In the above passage, Jesus states He is not  speaking from His own authority but by the Father who sent Him.  His Words are proven, true and One with the Father’s unto everlasting life.

As for God, His way is perfect; The word of the Lord is proven; He is a shield to all who trust Him.

And it shall come to pass That whoever calls on the name of the Lord Shall be saved.’

Darkness like one who is in unbelief and rejection of the Good News of Christ,  can not comprehend the light of Christ or the gospel message.  So whether one accepts or rejects the written word, it is the word that goes out and accomplishes that to which it was sent whether to reward or to judge according to God’s perfect assessment of the authenticity of the belief or lack of belief.

So shall My word be that goes forth from My mouth; It shall not return to Me void, But it shall accomplish what I please, And it shall prosper in the thing for which I sent.

In our current state of affairs, in the USA, has a Presidential Election that still seems to be being assessed for its authenticity. The Constitution is a written document used to judge the authenticity and legal legitimacy of an Election.   So one may accept or reject the Constitution but it still stands as the arbiter of righteousness and justice for all.  So in the end, the Constitution’s written word is to be upheld to the letter of the law and applied equally under the law for the freedom and justice of the people.  Winners are those who play by the rules of the game. The rule breakers are corrected for this is the law.  If law breakers are allowed to dismiss the written words of the Constitution and the people do not object, then lawlessness will rule.

Do you not know that those who run in a race all run, but one receives the prize?  Run in such a way that you may obtain it.  And everyone who competes for the prize is temperate I all things.  Now they do it to obtain a perishable crown, but we for an imperishable crown.  Therefore I run thus: not with uncertainty.  Thus I fight: not as one who beats the air.  But I discipline my body and bring it into subjection, lest when I have preached to others, I myself should become disqualified.

For the mystery of lawlessness is already at work; only He who now restrains will do so until He is taken out of the way.

Even so you also outwardly appear righteous to men, but inside you are full of hypocrisy and lawlessness. “Woe to you scribes and Pharisees, hypocrites!  Because you build the tombs of the prophets and adorn the monuments of the righteous, and say, “if we had lived in the days of our fathers, we would not have been partakers with them in the blood of the prophets.’

Will the people  of courage run the race and stand like their fathers before them in battle array for their children, grandchildren and sovereign country to uphold the written words of the Constitution fairly for all?  I pray that our founding fathers who wrote this Constitution based off their devotion and fear of the Lord and for the purpose of a  free society and government of the USA; will not have shed their blood in vain.  Even if people will not stand, that God in His mercy, may choose to uphold and avenge the blood of our forefathers who bled and died for our freedoms.  Those freedoms that have been so easily taken into bondage and disregarded by a virus.  Freedoms to work, to play, to speak, to live, to love, to glorify and worship God.

And they cried with a loud voice, saying, “How long, O Lord, holy and true, until You judge and avenge our blood on those who dwell on the earth?

The word of the Lord in the last days shall judge perfectly between those who accept His Word and those who reject.  Thank God for His grace that salvation is not made out of law but by received the free gift of grace to every whosoever. The written  words of the Constitution according to the law shall be the last word on what is right and just in our government whether good people stand up to uphold it in truth or not.  God sees and knows the righteous motives of the heart.  His word will bring justice even if it is on the last day. Good will one day gobble up all evil and it will cease to exist.  The priesthood and in the government will be at rest in perfect peace on the shoulders of Christ.

For unto us a Child is born, Unto us a Son is given; And the government will be upon His shoulder. And His name will be called Wonderful, Counselor, Mighty God, Everlasting Father, Prince of Peace.  Of the increase of His government and peace There will be no end, Upon the throne of David and over His Kingdom To order it and establish it with judgment and justice From that time forward, even forever.  The zeal of the Lord of hosts will perform this.

View all posts by Maryellen Boyle →

5 Responses to IT IS WRITTEN! 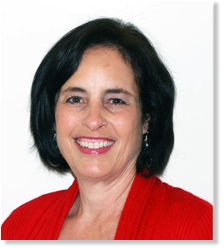